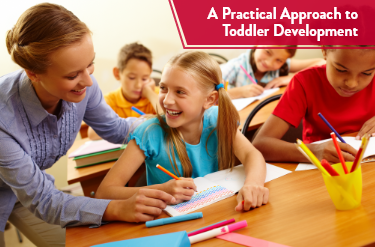 As a parent, you want to provide the best for your child to enhance their overall development. You may have heard of the Montessori education model for early childhood learning.

Here is a rundown on what it entails.

What is Montessori Education?

It refers to an educational methodology that was developed after much scientific research by Maria Montessori. Its focus is on the developmental stages of children.

There are several tangible benefits for children:

Who Was Maria Montessori?

Maria Tecla Artemisia Montessori was a pioneer in educational methodology that is still practiced worldwide.

She observed children and noticed that they showed similar patterns of development. This led to her developing an educational system that bears her name.

Besides that, she was among the first female physicians in Italy at a time when it was considered to be a man’s job.

During her lifetime, she had worked on developing education for children after doing extensive research. She named her work as scientific pedagogy or scientific education. She also spent time lecturing in various parts of the world.

She was also nominated 6 times for the Nobel Peace Prize for her work.

What had she said about Early education?

While observing children, Maria had noticed four distinct stages or planes of human development. In the first phase, from birth until six years, a child goes through tremendous physical and psychological growth.

During this time, the child progresses through two phases, which require different environments to provide optimum development.

The first part starts from the birth of a child until the age of 3 years. During this time, the focus is on developing the motor and language skills of infants and toddlers. This is the time children start to develop confidence, independence, and a sense of self. These are quite necessary for comprehensive toddler development. It lays the foundation for the child’s growth in the later years.

In the next phase named “Primary” between the ages of 3 to 6 years, children get the chance to explore using their imagination and creativity. The child goes through preschool and kindergarten in this period. During this age, children are like sponges and can take in much information.

It is important to utilize this sensitive period to develop skills and traits in children geared to help them to succeed and do well in the later stages of their life.

How is Montessori education better than conventional education?

While traditional education is the norm in most schools, it is an older system and not optimal for twenty-first-century learning. It focuses on rote learning and discipline.

Such transmission-based learning is centered on the teacher as bankers of knowledge-making deposits where children are limited to receive whatever information they are being provided. In the Montessori system, things are quite different.

Focus on the overall development

Conventional education focuses on academics and the preparation of standardized tests. The Montessori model focuses on the social, emotional, and spiritual development of the child as well as academic domains. Moreover, Learning is not just to memorize facts but for a better comprehension of concepts.

A major feature of the Montessori model is that the children get to study in groups consisting of children in different age groups. This setup allows them to learn collaboratively as well as instills leadership qualities. It also allows for greater flexibility in the level they are placed in which will depend on their development and not merely on their age. The younger children get to learn from their older counterparts. Older children are benefitted as they learn to be patient and caring as well as facilitate the learning of their younger friends.

The Montessori model of education is child-centered. With a smaller teacher to student ratio, children get individual attention from their teachers. They are allowed to learn at their own pace. As they grasp the basic concepts, they move ahead to the advanced topics.

The teacher collaborates with the child

This is totally different from the traditional classroom setup where the teacher leads and children follow. The Montessori model encourages children to work as per their comfort level, and the teacher’s role is mainly as a guide and shows them how to learn.

In the traditional setup, everything is fixed by the adults as per what they feel is required by children. Children are forced to follow the same pattern and are pushed through a standard planned curriculum. They become passive participants in the process, and their specific requirements are not given any attention.

However, Montessori education believes that children will learn better if they are given a choice and as much time as they need. Children are given agency to focus on their interest and their weakness are addressed through a strength-based approach.

Meet the centre director and see how Little Wonders Montessori aims to guide your child along their early learning journey and encourage school readiness.